Jez, Mags and Mylo are three pedigree Chinchillas, some of our more unusual PetLondon Models. These exotic pets, were worshipped by Incas as they were deemed to possess  ‘an ancient wisdom’ far beyond any other animal. Chinchillas are hyper intelligent and on par with the smartest dog breeds, understanding lots of language and responding extremely well to teaching.  Their unique and differing personalities are easily observed, where their hopes and dreams, expressions and mannerisms can be captured on film forever. 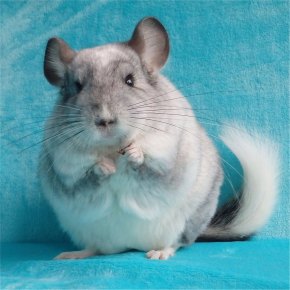 Jez has a unmatched composure, making him the perfect choice for any situation. He know he’s the best and wants to be the centre of attention; and with good reason, he’s the best behaved Chinchilla in the business. At home he’s a total romantic tucking himself into bed with his owner. Outside of modelling, Jez likes to keep himself in shape; reliable sources have said he’s a taskmaster when it comes to exercise, running faster and harder in his wheel, when his PT clients are slacking off. 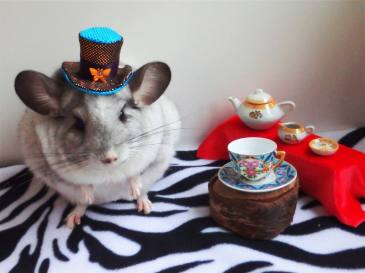 Sassy, feisty and princess like are the hallmarks of all world class supermodels; the same qualities in found in the beautiful female Mags. Her younger years were spent chasing away men, being in the limelight and everything had to be on her terms; but now she has mellowed into a veteran superstar. A total diva, she doesn’t tolerate incompetence, and neither should she.

The handsome chappie Mylo is the ladies’ man of the group, constantly playing kiss-chase and showing off to impress the ladies. Very placid with a ‘chilla’ personality, he loves being held; his treat is tickles under his chin.   His genetics are the key to his charm and success; in 2014 his Mum placed 1st at the National Chinchilla Society Show. Once when he decided that the stylist wasn’t up to the task for a Halloween shoot, he ran under a desk, to emerge moments later in cobwebs squeaking ‘I’m a Ghost’. 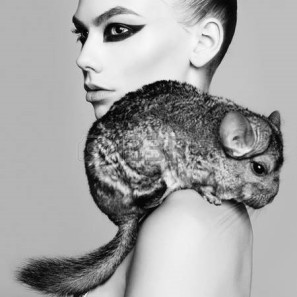 The three Chinchilla models are the extremely splendid Brevicaudata species with the short ears, teeth and tails, along with their round fluffy bodies and super expressive faces. Pedigree Chinchillas have been severely underutilised across all media campaigns. Jez, Mags & Mylo know how irresistible and unforgettable they are. These endearing and unique exotics are sure to make an impact wherever they go.