PetLondon was tasked with a very special assignment to find a cute and fluffy dog to perform in a celebrity studded role for Michael Giacchino’s 50th birthday concert that took place at the Royal Albert Hall, Kensington on Friday, 20th October. Henry the Poochon was chosen, as a cute and cuddly dog for a skit taken place during the evening’s performance. 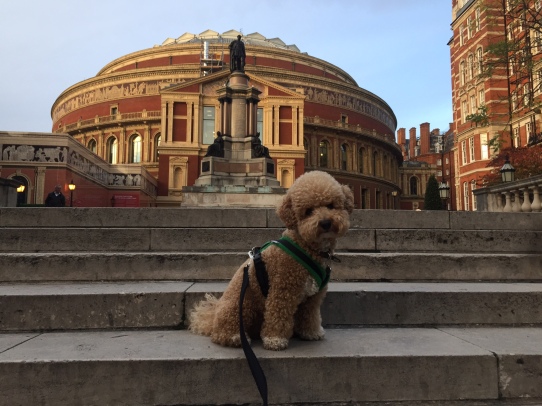 You will have definitely heard of Michael Giacchino’s work, but not in the conventional sense on the radio. You will hear his music filling living rooms and cinemas across the world. He is a world famous and multiple award winning composer of music for TV, film and video games. 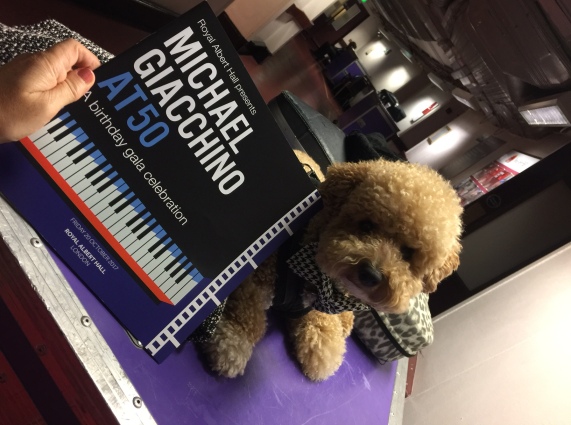 He composed the scores to the television series: Lost, Alias and Fringe, for video games series such as Call of Duty and many films such as: The Incredibles, Mission: Impossible III, Ratatouille, Star Trek, Up, Dawn of the Planet of the Apes & Jurassic World, & Star Wars Rogue One just to name a few.

The multi award-winning composer performed for one night only taking a rare glimpse  at the magic behind the magic with never-before-seen footage from his childhood and early career. During the evening the compositions were placed with film clips.

Henry the Poo-chon, was very excited with the whole event. He got to spend the day in London, sniffing out all the good spots in Kensington. His owner Nicola, was extremely proud and honoured ‘to be part of such a great production with such talented people… at arguably the most stunning and prestigious theatre in the world’. 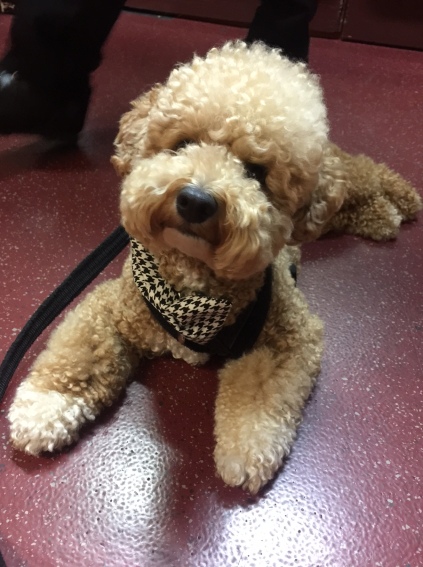 He was joined by this friends and colleagues, such as J.J. Abrams, Brad Bird, Pete Docter, Gareth Edwards, Andrew Stanton & Colin Trevorrow with Ludwig Wicki of the Cinematic Sinfonia sharing the conducting and the English Chamber Choir perform the eclectic program.

Henry had his own dressing room and enjoyed playing fetch in the dressing room until rehearsal time. Henry was treated just like all of the other stars that have walked the boards of the historic venue. How many people, yet alone a puppy can say that they’ve had that! 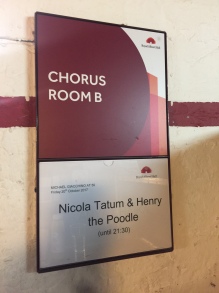 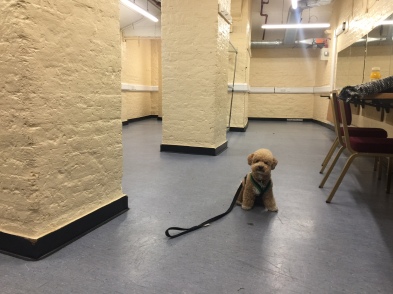 As part of a short comedy sketch in the show, Gonzo (from the Muppet’s fame), J.J. Abrams & Pete Docter conducted a short skit with Henry. Pete was pulling on a rope that was supposed to be attached to a big heavy cow behind the curtain. He then climbed the down the stairs at the side of the stage to get the animal to ‘Moo-ve’ and out came Henry instead. The crowd went wild for Henry with ‘ooohs’ and ‘awww’ from the audience. 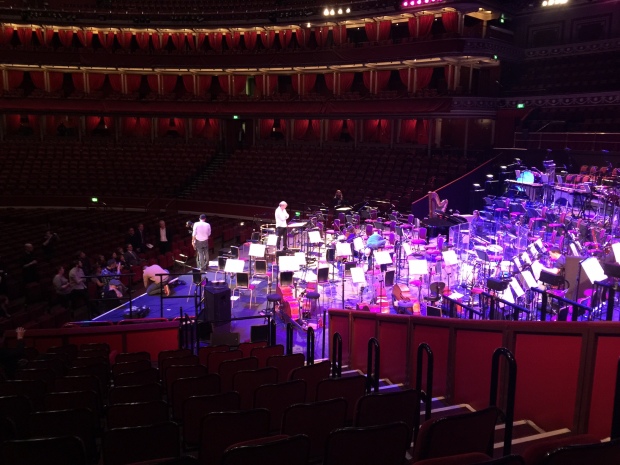 Henry was adored by all, with everyone commenting on how well he behaved. Nicola said ‘It was an amazing experience from start to finish. I’m a very proud dog mum! Pawliwood here we come.’ 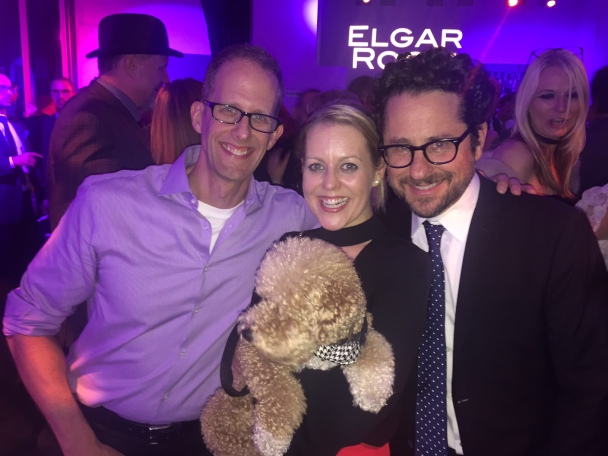 Henry here with new best friend J.J. Abrams. Well Done our superstar! Let us know how it is being a celebrity!