PetLondon Models were approached by Virgin Media, looking for a special dog to be filmed for their social media to promote their new on the go service.The lucky pooch chosen was Barry the pug, a happy pup who loves to meet new people and has a wide range of talents, including playing football. 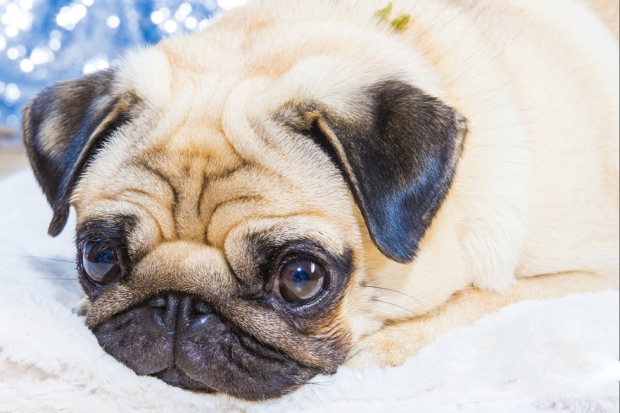 The shoot took place at Jet Studios in South West London, and Barry and his owners arrived with time for a quick pit stop to get an energy boost before the shoot began.

Barry chilling out before the excitement

Since the shoot was promoting Virgin Media’s on-the-go service, Barry posed with a range of props, including a laptop, tablet and smartphone. 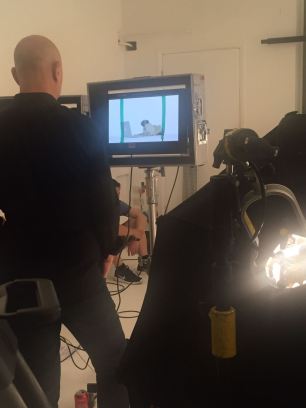 Barry got to walk his own pug sized red carpet, and looked the part in his wonderful tuxedo. He showed the crew his skill set, walking down the red carpet and stopping on command.

Barry also showed off his remarkable footballing talents, dressed in his red tracksuit. He also lounged in a bean bag as part of the shoot, which was a well needed rest from all the walking and running! 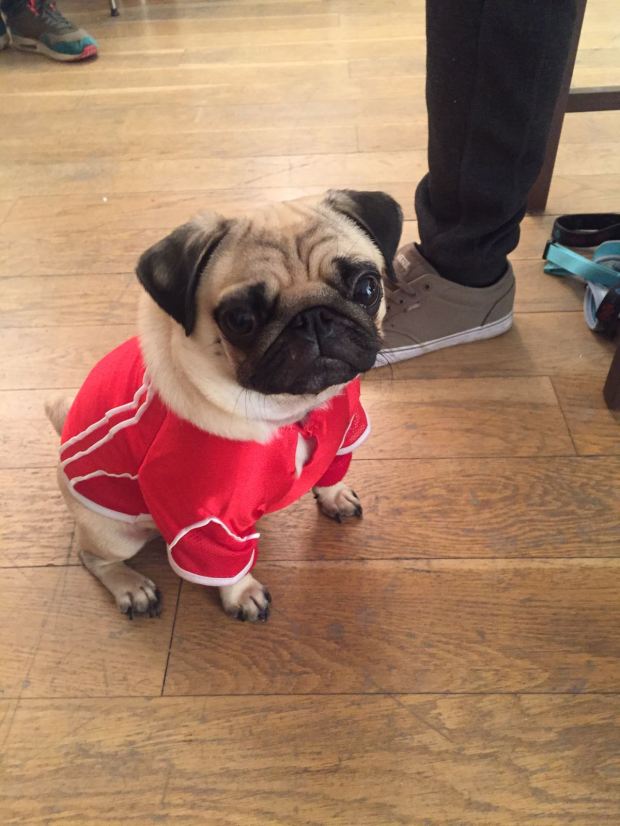 After working so hard, by the end of the day Barry was one very tired pug! By the last scene he was exhausted, and had a well deserved shut eye. The crew were so impressed with Barry they gave him a huge round of applause at the end of the shoot.

Barry did an amazing job, and the client was incredibly impressed, contacting us to say: “I also wanted you to pass on my thanks to Barry’s humans for all their hard work and his. He really pulled it out the bag on Tuesday and was very well behaved and performed fantastically for the camera.”

Here is a clip of the final video.

Keep an eye out for Barry on Virgin Media’s social networks!