Cif are cleaning the roof of the O2! The O2 arena’s roof will take 72 days to complete.The iconic multi-purpose indoor venue in Greenwich, London, is currently midway through a dramatic make-over as part of Cif’s ‘Before & After Project’, which will see the 50 metre building receive a spruce up using the floor cleaning product.

The lengthy project, which aims to turn the building’s roof back to its bright white colour, is being documented on the the brand’s official Facebook page and website. To help promote the project CIF called on PetLondon Models to provide a cat to star in their viral video.

The chosen kitty was Perla the Persian, a stunning female cat who is almost pure white but with some striking markings. She attended for filming in a location flat specially selected because of its view of the O2 from its living room window. 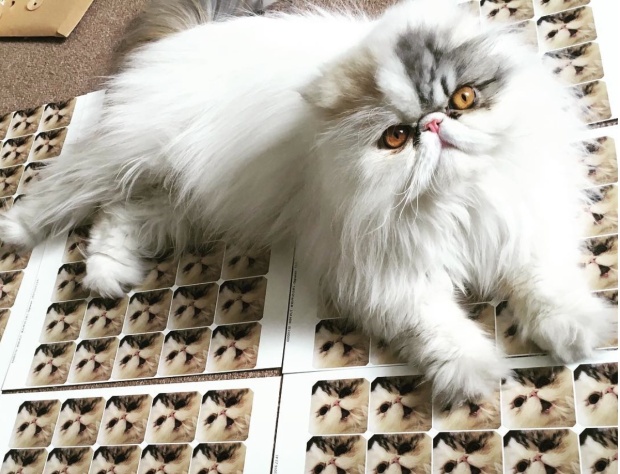 Perla was given some time to explore the new environment and settle in and she particularly enjoyed chilling on the windowsill. For one of the scenes the female actor was to hold Perla whilst speaking to the camera. Perla was happy to oblige in a cuddle and show off her gorgeous coat to the camera.

Perla is a true professional and as usual gave an outstanding performance for the client. You can watch some of the final footage below and this is being aired across CIF’s social media channels and as viral videos.