PetLondon Models took part in an exciting campaign for fashion designer Stella McCartney. We were contacted and briefed that they were looking for a selection of different cats to model in a photoshoot at Sunbeam Studios in London. We got to work right away as there was not much time to spare and put together a range of different cats and kittens for them to review.

After some difficult selections, the lucky chosen felines were from left to right: Hechi, Tobias, Sammi, Adaline and Perla,

Excited to have landed this assignment, they all headed over to the studio where PetLondon handler Adam was on hand to make the introductions. A few were not sure of each other initially but warmed up to their new friends as the day went on.

Adam introduces Kitten Tobias to Perla. At first they were unimpressed with each other. Sometimes models dislike sharing the limelight…

Each cat took turns on set to model with top human models including Lineisy Montero. The shoot was for the Stella McCartney’s Autumn Collection Campaign. Some of the collection featured actual cats within the prints and designs, so it was a perfect fit! 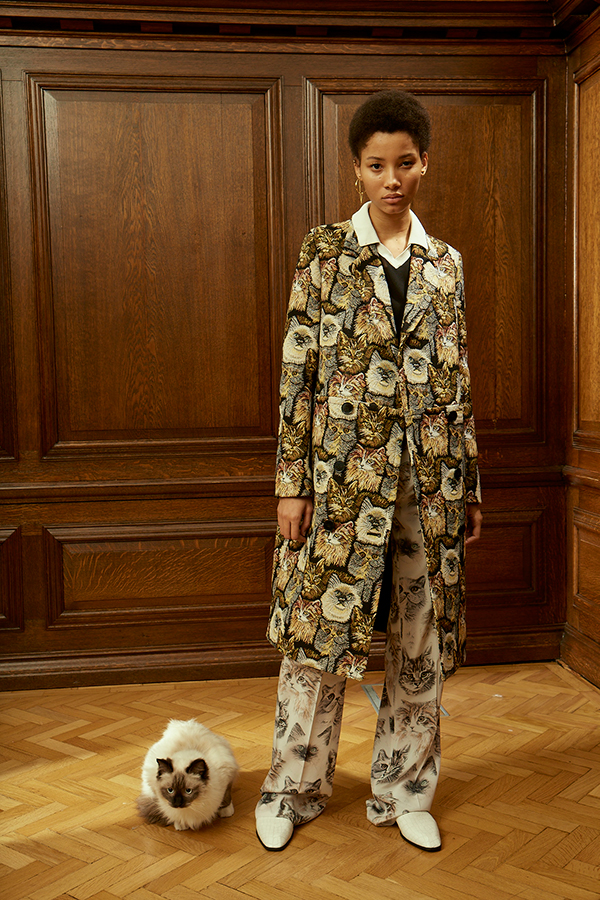 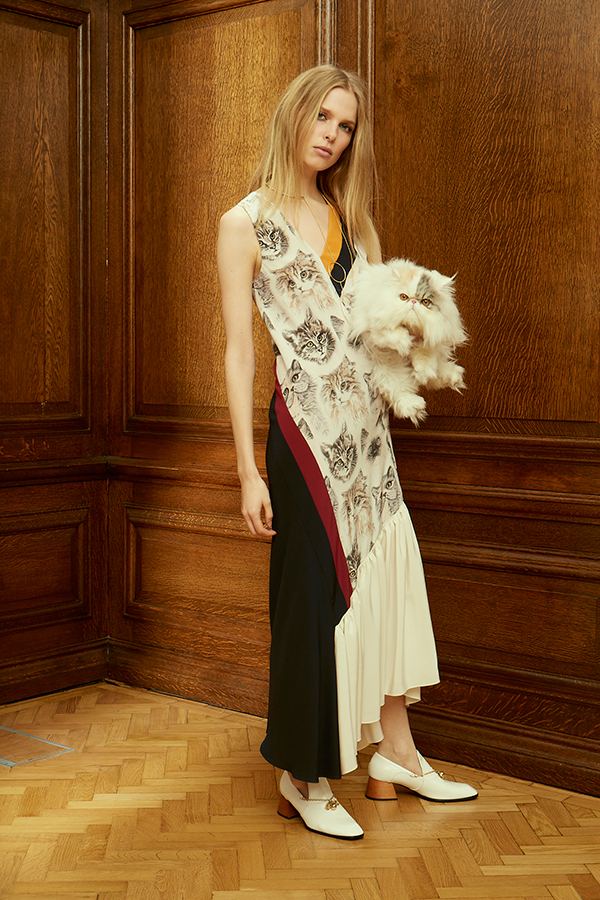 Perla showing off one of the looks

Persian Model Perla has been modelling from a young age. She was quite a sensation on set with her striking features and calm demeanour. Her markings are really unique and give her such character. Whether it was hanging out on a giant cushion, being carried under the arm or trying an action shot, Perla was ready to provide whatever was needed. 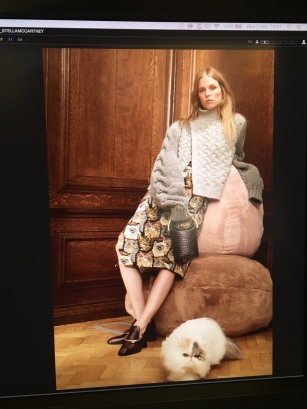 PetLondon were particularly happy to be working with Stella since she has a great passion for animal welfare and all of her brands collections are always animal-friendly. Stella McCartney doesn’t use leather, feathers or fur in any of its designs or products. This commitment is admirable and something that very few high end brands follow such a chosen path. PetLondon’s ethos is all about animal welfare as a priority so this synergy created a great connection.

In a particularly tricky shot, Adam makes sure that Persian Hechi is safe and balanced on the models shoulder, he was on and to jump in at split seconds notice

All the models really enjoyed the shoot. They took it in turns to model different looks from the collection with different models. It was a long day though and at one point Perla was so relaxed she fell asleep in one of the designer handbags. 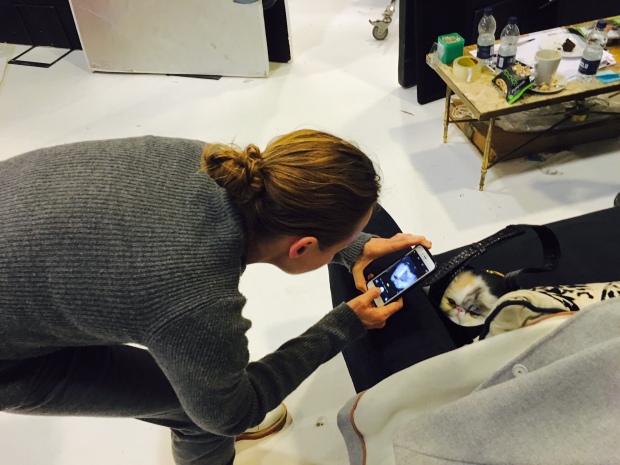 Next thing we knew, she was fast a sleep. Well, you know what they say, a girl has to get her beauty sleep

All of the PetLondon Models worked hard and created some fabulous images for the campaign.

You can see the full LookBook Here